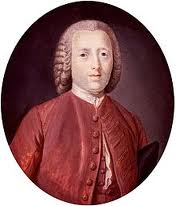 John Turberville Needham dedicated himself to the Roman Catholic religion and was ordained in 1738. Much of his life thereafter, however, was devoted to the natural sciences. Stimulated by his readings of 'animacules', the term for microbes at that time, he studied in London and Paris from 1746 to 1749. Needham became a vocal proponent of the theories of spontaneous generation (life arising from inorganic matter) and vitalism (life operating outside the laws of chemistry and physics).

Needham performed experiments on spontaneous generation in mutton broth and hay infusions. To see if organisms came from the outside or were generated from within the fluid, he heated flasks of broth and then corked them tightly. Needham's observations of the appearance of microorganisms shortly after the fluid cooled were taken as evidence supportive of spontaneous generation. He published his observations and interpretations in 1748 in a work entitled Observations upon the Generation, Composition, and Decomposition of Animal and Vegetable Substances. However, performance of more careful experiments by the Italian biologist Lazzaro Spallanzani (1729-1799) and French biologist, astronomer, and mathematician Pierre-Louis Moreau de Maupertuis (1698-1759), helped refute the theory of spontaneous generation. Maupertuis and Spallanzani ensured in similar experiments that the boiling process was complete, thereby eliminating all the microorganisms initially present in the flask. Maupertuis' observations were published in 1751, as Systême de la nature.

In 1767, Needham retired to the English seminary at Paris to pursue his scientific passions. He continued to serve as the director of the Imperial Academy in Brussels until the year before his death in 1781.

All information courtesy of http://www.bookrags.com/biography/john-turberville-needham-wog/